I just hate that daylight savings time has ended: now it gets dark before I even get home from work. This past week I had to jog in Carson City during the week, right after work, and only for 30 minutes, before it got too dark. Oh well, at least I got to see nice sunsets every time. 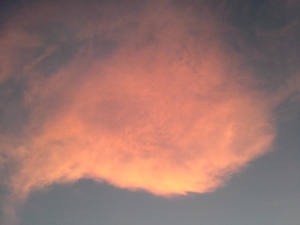 On Sunday though, we had great weather in the 60’s and bluebird skies, so while I had planned on running for 13.1 miles, I ended up doing 14. That last mile was really tough, but it just made the chocolate milk and cookies I had later even sweeter. Even though I used the roller stick my dad bought me, my muscles were a little sore the next day, but maybe it’s because on that day I also had a record number of steps on my Fitbit: 40,000 / 20 miles! 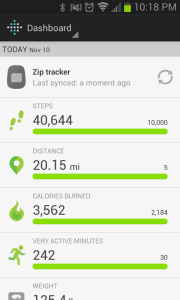