Just finished my half-marathon last week and thought I would have some time to rest before marathon training. Most training schedules are 20 weeks long, so since I wanted to run one on my birthday in May, I thought I could start training in January. Wrong. I have to start training next week because there are no marathons around in May and I had to sign up for the Reno Marathon on April 13th, 2014. I guess I could’ve taken this week off, but I was just too restless and, although I did tone it down a little, only running 10 miles for my long run, I also joined a group run on Tuesday nights and cross training twice a week with Kaia Fit, which totally kicked my butt (and my arms, and my legs…) After much consideration, my plan is to train just the minimum, which apparently it’s only up to a 20 mile long run, but train smart with lots of cross training to get stronger and avoid injuries. I think I’ll muster the motivation to run on weekends, especially now that I’ve found out the Wingfield/Iddlewild trail goes on forever by the river. However, with the days getting colder and darker earlier, I’ll have to rely on my group runs to keep myself accountable. My friend B. also has a goal of running a race the same day as me. Anyone else wants to join us and make that their New Year’s resolution? It can be a 5k, a 10k, or maybe just a “get fitter” by E.’s birthday goal. I hope you consider it! 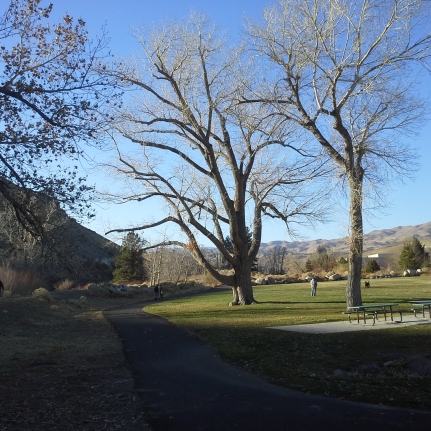